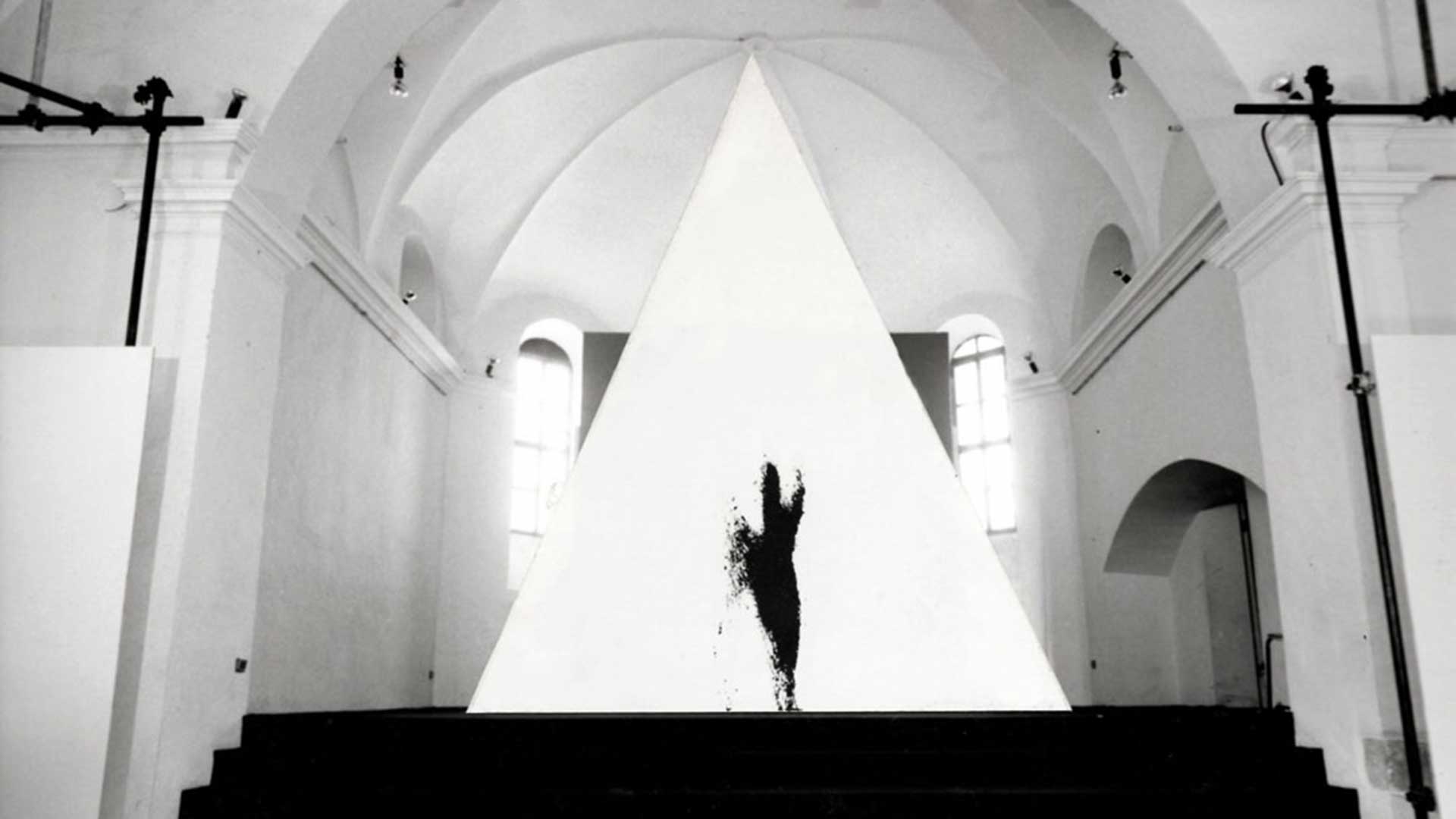 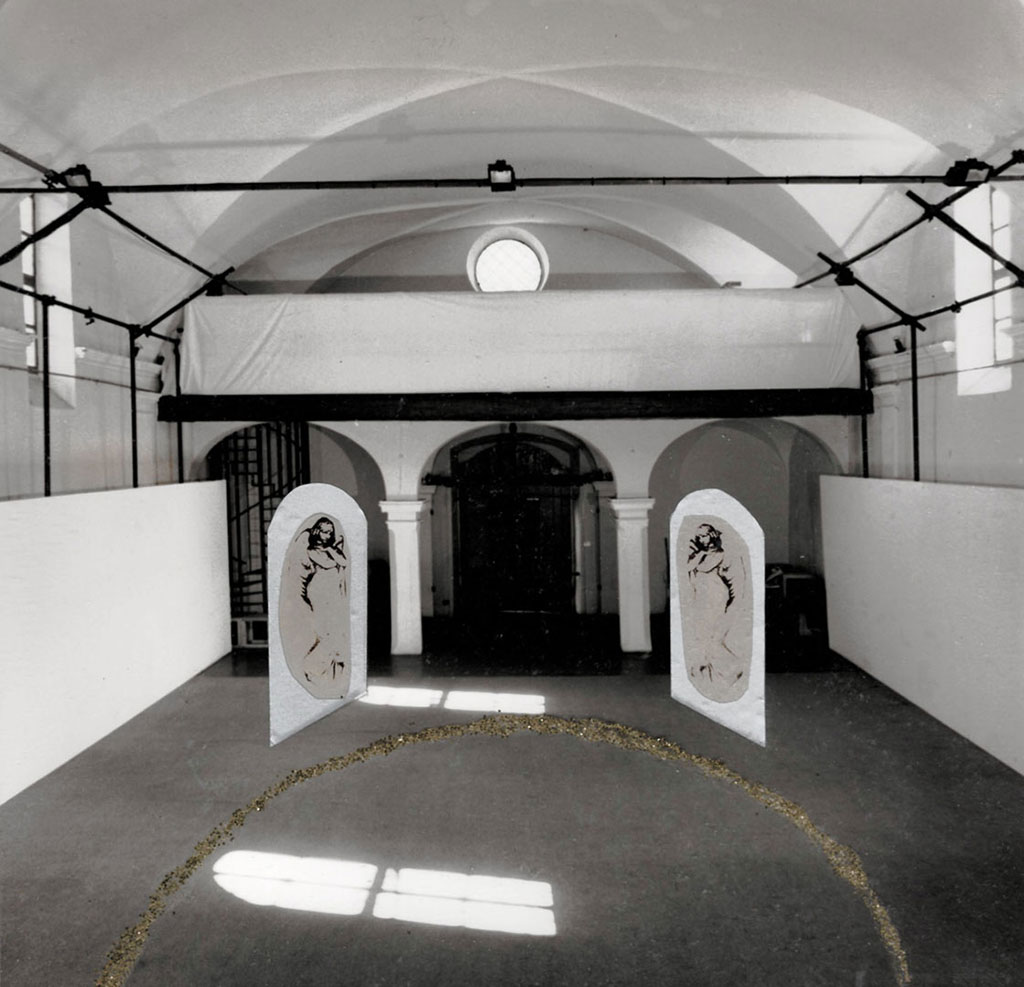 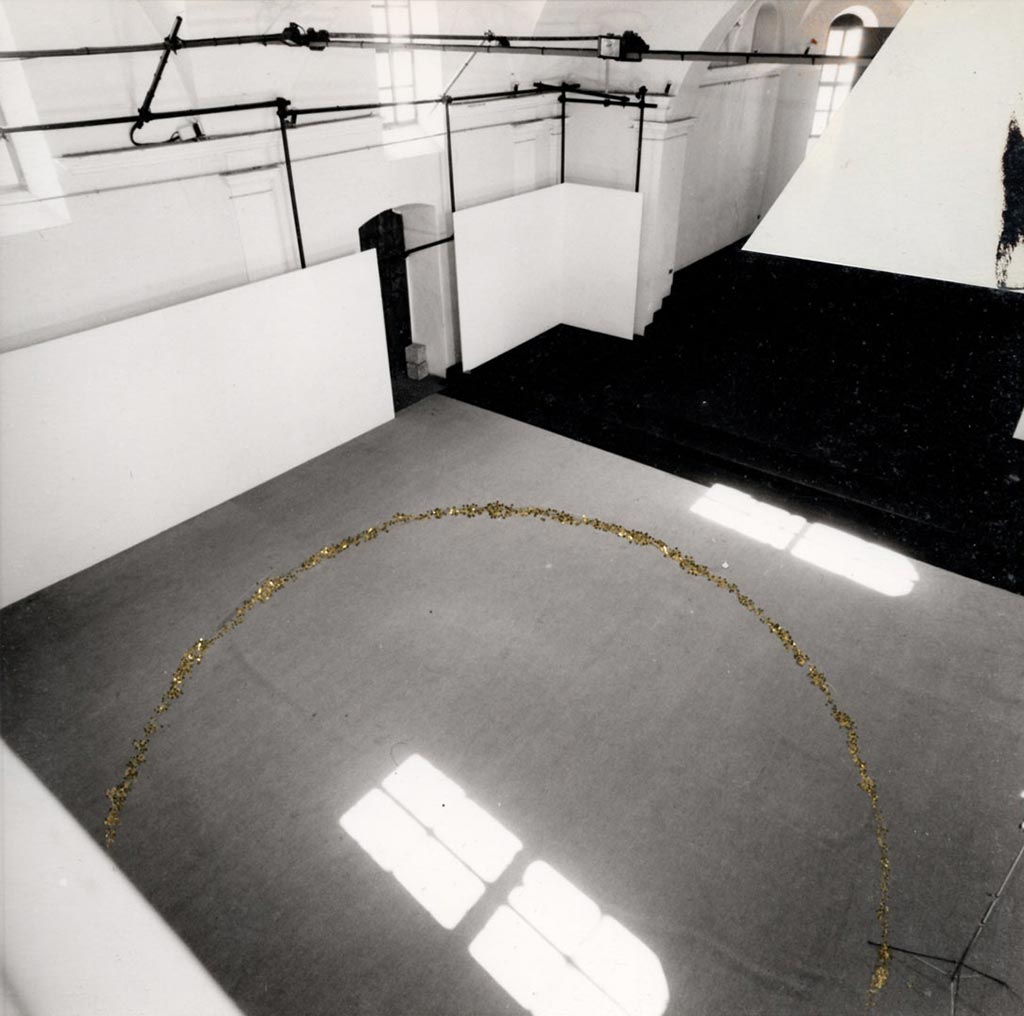 At the end of the eighties, I concentrated on the intangible aspects of human nature. I wanted to explore that mysterious part of ourselves, which connects us to the world of the invisible and the imagination. The nature of an angel inspired me to pursue a direction linked to the theme of light and its removal. Therefore, I produced a series of black and white photographs that represent the shadows of sculptures depicting angels; the majority of the photos were taken in cemeteries. The project envisaged an installation on three levels: an enormous photograph with a fixed, dilated shadow of an angel, a circle of gold powder on the floor that marked an imaginary space and two stone slabs on which the figures of the angels appeared only when the shadow of the spectator fell on them.