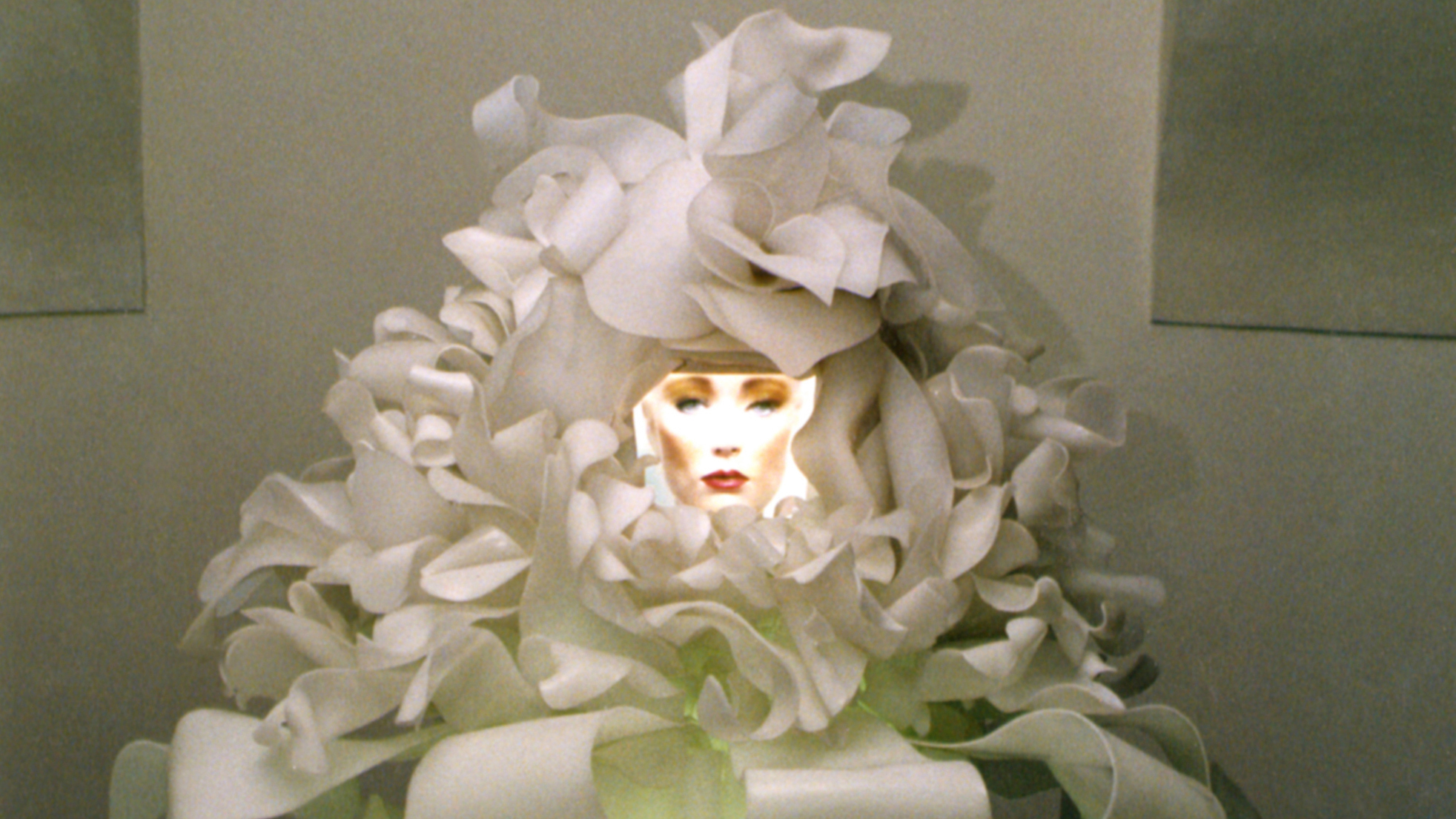 This is an extension of the work of In Corporea Mente completed in 1993. The white, opalescent sculptures contrast with the images of red viscera in the video filmed during an operation. Milk and blood merge. There are three works: Corpus in Fabula, Biancaneve [Snow White] and Pneuma.
Corpus in Fabula is an enormous doll whose face slowly changes until it almost dissolves and whose organic parts pulsate through the folds of the candid Perspex dress whose elements are worked one by one in shapes that recall female genitals. The work conveys the vitality of a woman, it is a tree of life that blossoms inexorably.
Biancaneve is a bed of white roses that alludes to a coffin but that contains, between the candour of the petals, the vital beating of a human heart.
Pneuma has a winged, almost angelic shape. In the centre, a video showing a pulmonary angiography returns us to the dimension of incessant breathing.