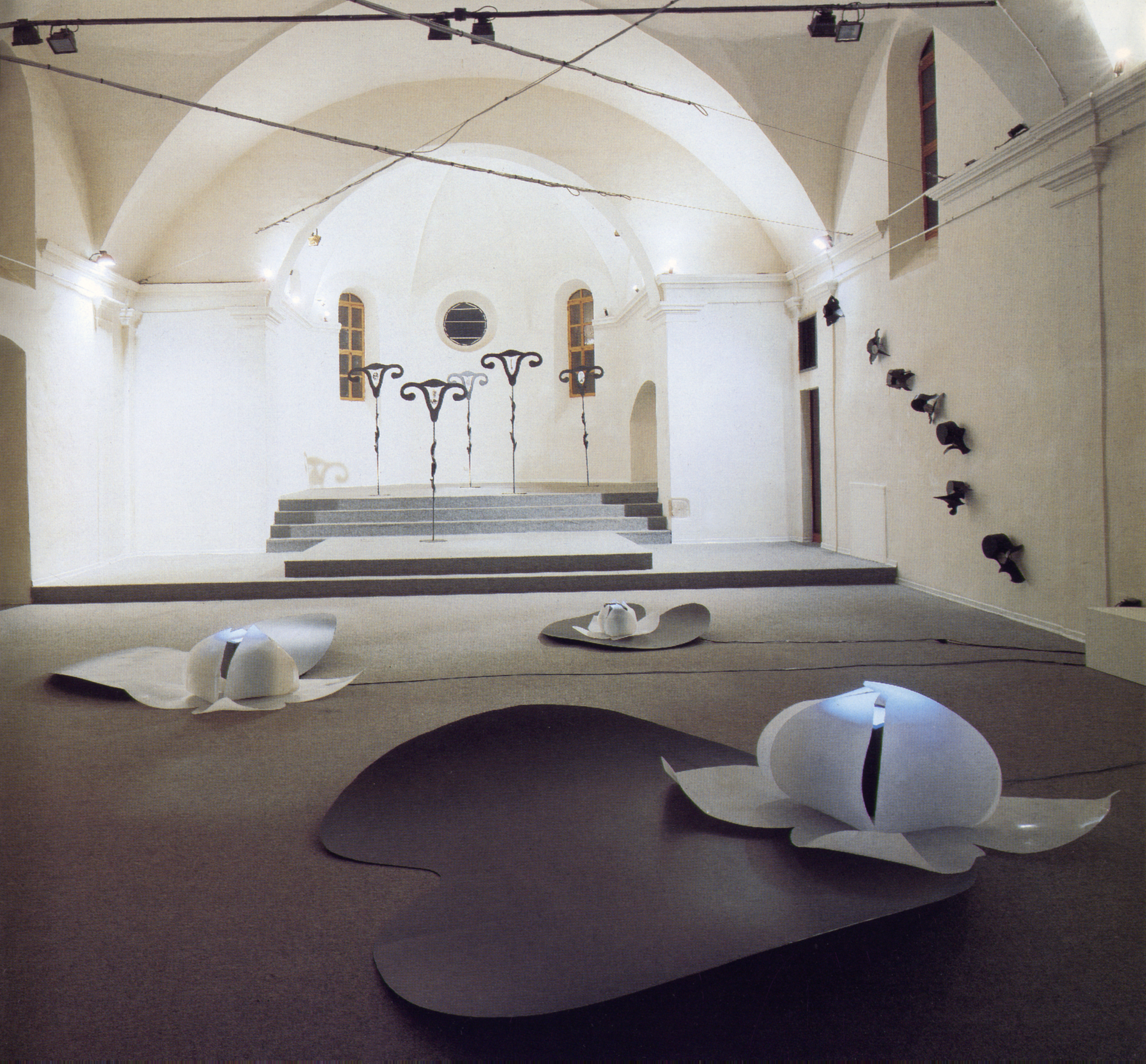 In Corporea Mente groups a series of works that draw their origins from research on the “imaginary body”.
Although our brain controls and coordinates all organic functions, it is not aware of its form, nor that of the other organs it regulates.
Moreover, the ancient illustrated tables of anatomy where the body represented is still the fruit of a fervid imagination have always fascinated me.
When I was little I used to think that my stomach was made of plastic and metal like the domestic appliances I saw my mother using and I was truly amazed when I learnt of its real form and consistency. This amazement is transmitted by In Corporea Mente where an intrinsic relationship is created between human and vegetable forms, between the arteries and the roots, between the petals and the flesh.
Le Ninfee [The Water Lilies] are videosculptures in white Perspex and iron that contain tiny monitors showing pale blue images of angiographs that, through their flows, swell up into lots of branches like roots reaching towards the sky.
Le Vergini [The Virgins], are sculptures in black metal which trace the form of human upper limbs and female pelvises, with an alabaster womb, behind which images taken from the female genitalia are shown.

Amenti di vertebre [Fragments of vertebrae] are iron sculptures in the form of vertebrae inside of which a core of alabaster contained a serigraphed image taken from ancient eighteen century illustrations that represent sections of spinal marrow.
Infiorescenza Temporale [Temporal inflorescence] is a metal structure that reproduces the skull bones through which the underlying anatomic part can be seen.