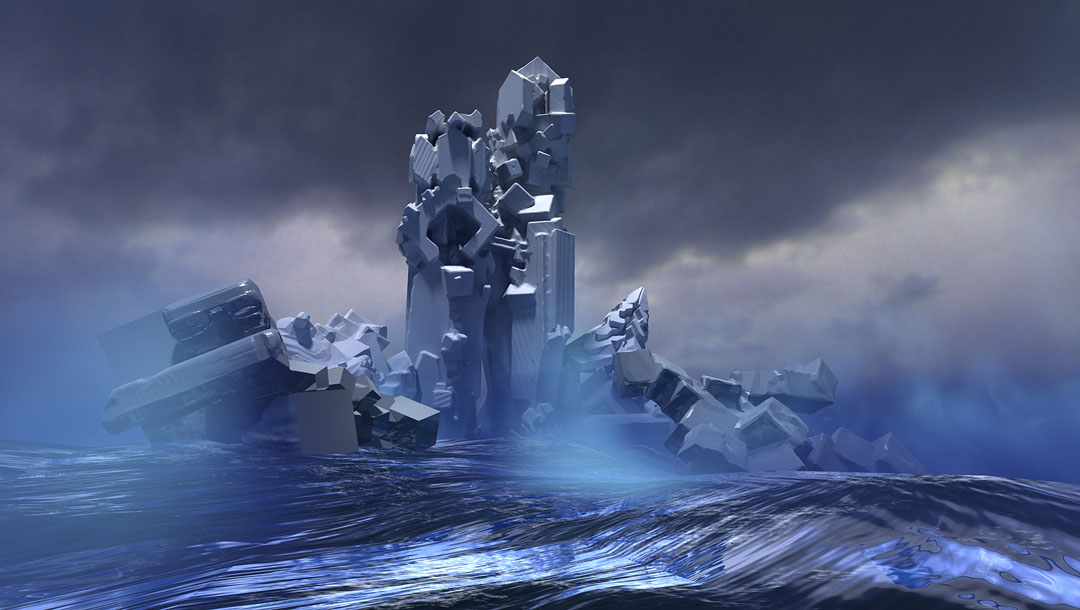 In 3D stereoscopic animation, part of the cycle Zones Out of Control, the entropic forms against which break the waves of the storm relate to the precarious dimension of existence in a vision that goes beyond the physical plane. It is a work in which sculpture and architecture are integrated with video images to create an immersive context where the languages of art attain a renewed synthesis.