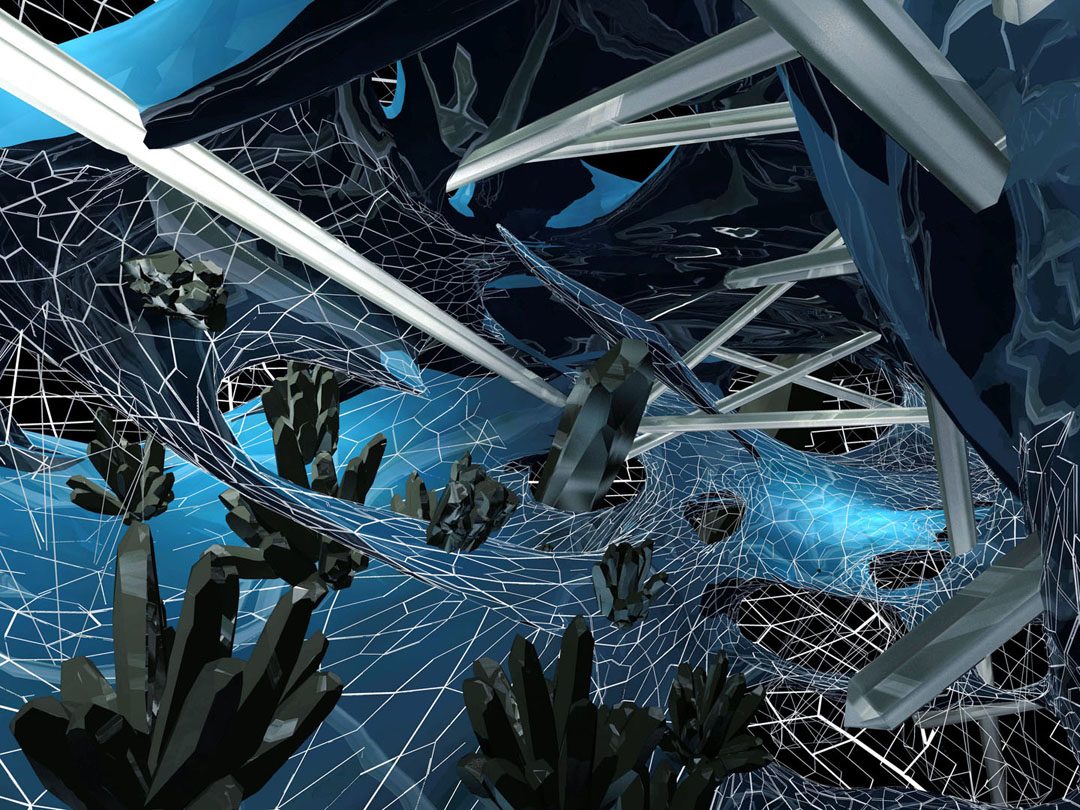 Crystal Growth, part of the cycle Zone Fuori Controllo, is a stereoscopic 3D animation comprising a claustrophobic path within a cave, where viewers can witness the formation and uncontrolled growth of crystals. It is a work on the creative and destructive energy of nature, molecular aggregation, the transformation of forms and their unfolding from microcosm to macrocosm. In keeping with the process of crystallisation, these mysterious three-dimensional presences give rise to complex and unpredictable forms recalling archaic and primitive nature. The forms created and modelled with the digital 3D technique are inspired by nanomolecular images to which I attribute a new identity through a process of analysis of visual perception. In this way contemplation of the object is replaced by the verification of a hypothesis that passes through an inversion of meaning.