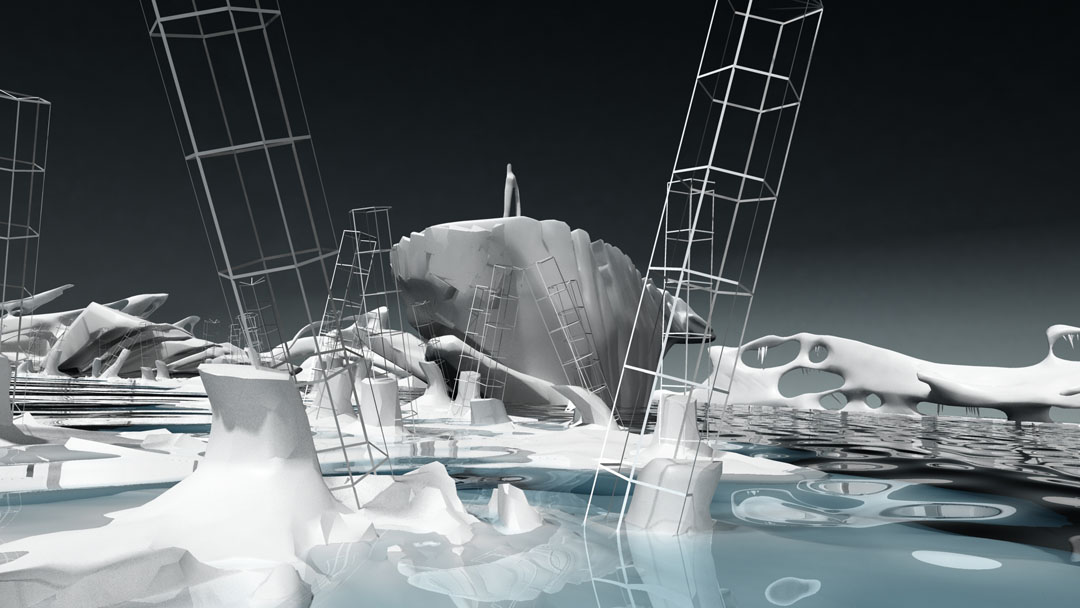 Breaking the waters, which is part of the Zone Fuori Controllo cycle, is a stereoscopic 3D animation about the collision of gigantic icebergs that addresses the issue of climate change and global warming. The path develops rapidly and the movement of the camera is a bird’s eye view. The landscape is icy, but the energy that flows from it appears disruptive.