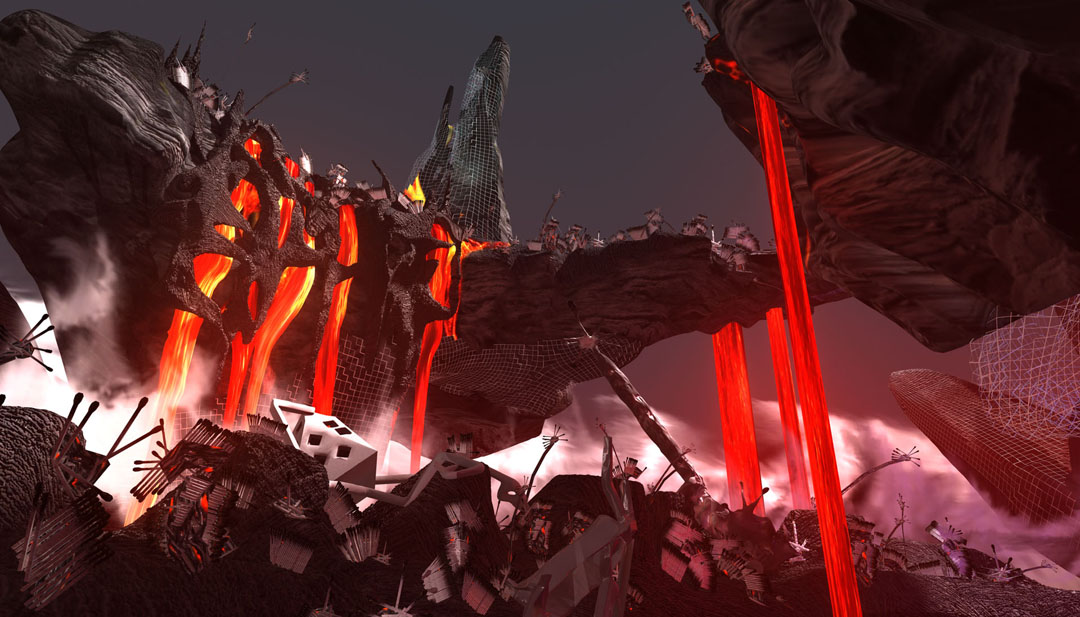 Fire Flows, part of the Zone Fuori Controllo cycle, is a stereoscopic 3D animation depicting a devastating volcanic eruption. Impressive hot lava flows creep across the already charred and lifeless landscape, where only a few relics remain, many of them presented as the armour or carcasses of a previous experience of life. Certain forms, like long sticks, bring to mind Pieter Bruegel the Elder’s painting of The Triumph of Death, but are actually taken from images of nanostructures. The matchlike shapes, which seem to almost counterpoint the whole landscape, are explored through electron microscopes and then subsequently modelled and reinterpreted.