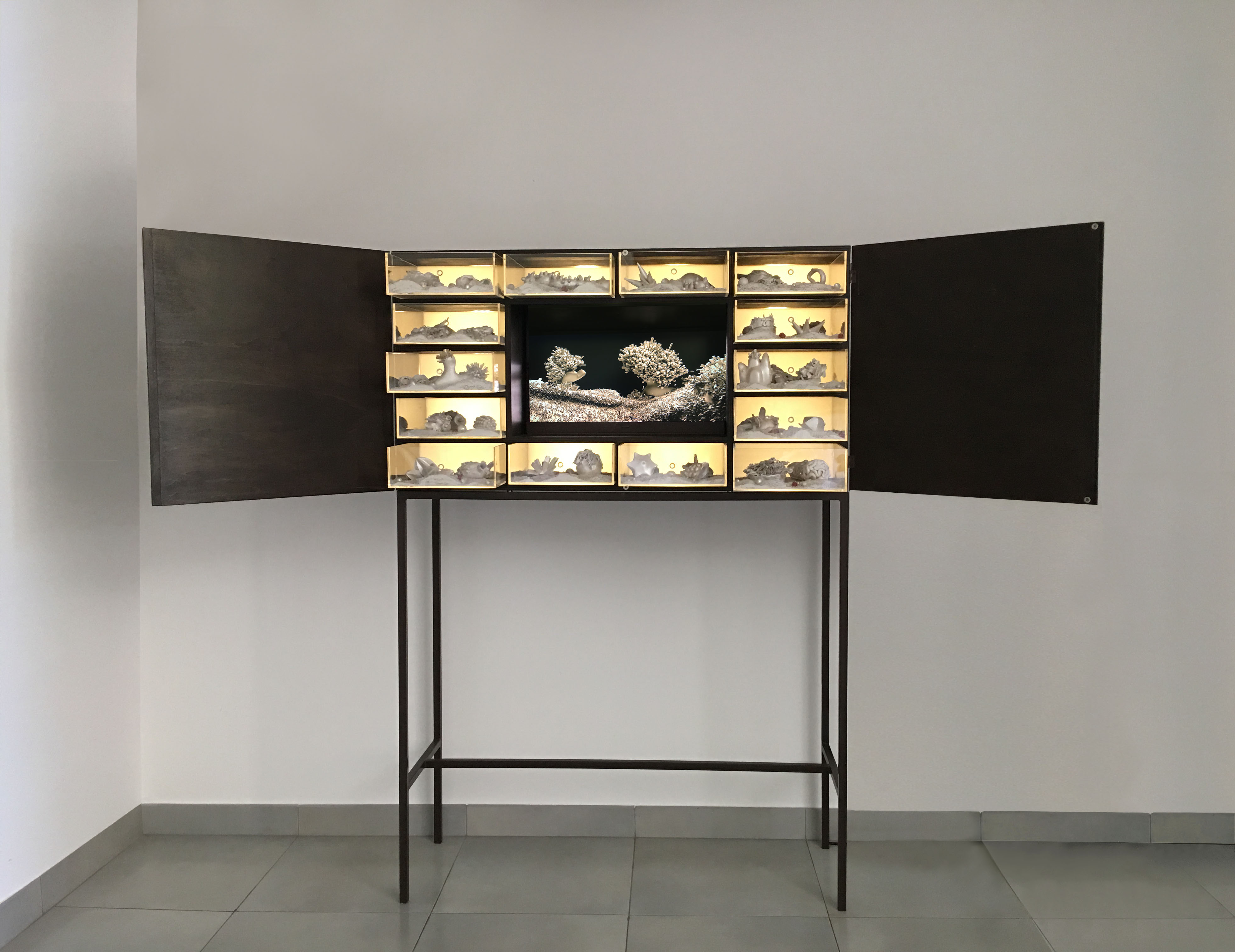 The work consists of a piece of furniture that incorporates the classic forms of the cabinet inspired by the ancient Wunderkammer, but interpreted in a contemporary key. The wood and iron object contains fourteen transparent drawers in which we can to admire thirty refined miniature sculptures modelled by me in raw clay and subsequently treated with a product that endows them with pearly shades. In the centre of the cabinet is a plasma screen, across which flow images created with the 3D animation technique. They depict earth waves that, in their flow, bring to light various objects and then reappropriate them again. These elements from the nanoworld seem to settle like germinal forms within the drawers. The virtual objects with their curious organic shapes interact with the hand-moulded sculpted objects to create an intense synergy enabling us to peer into the deep heart of the material and capture its vital essence.