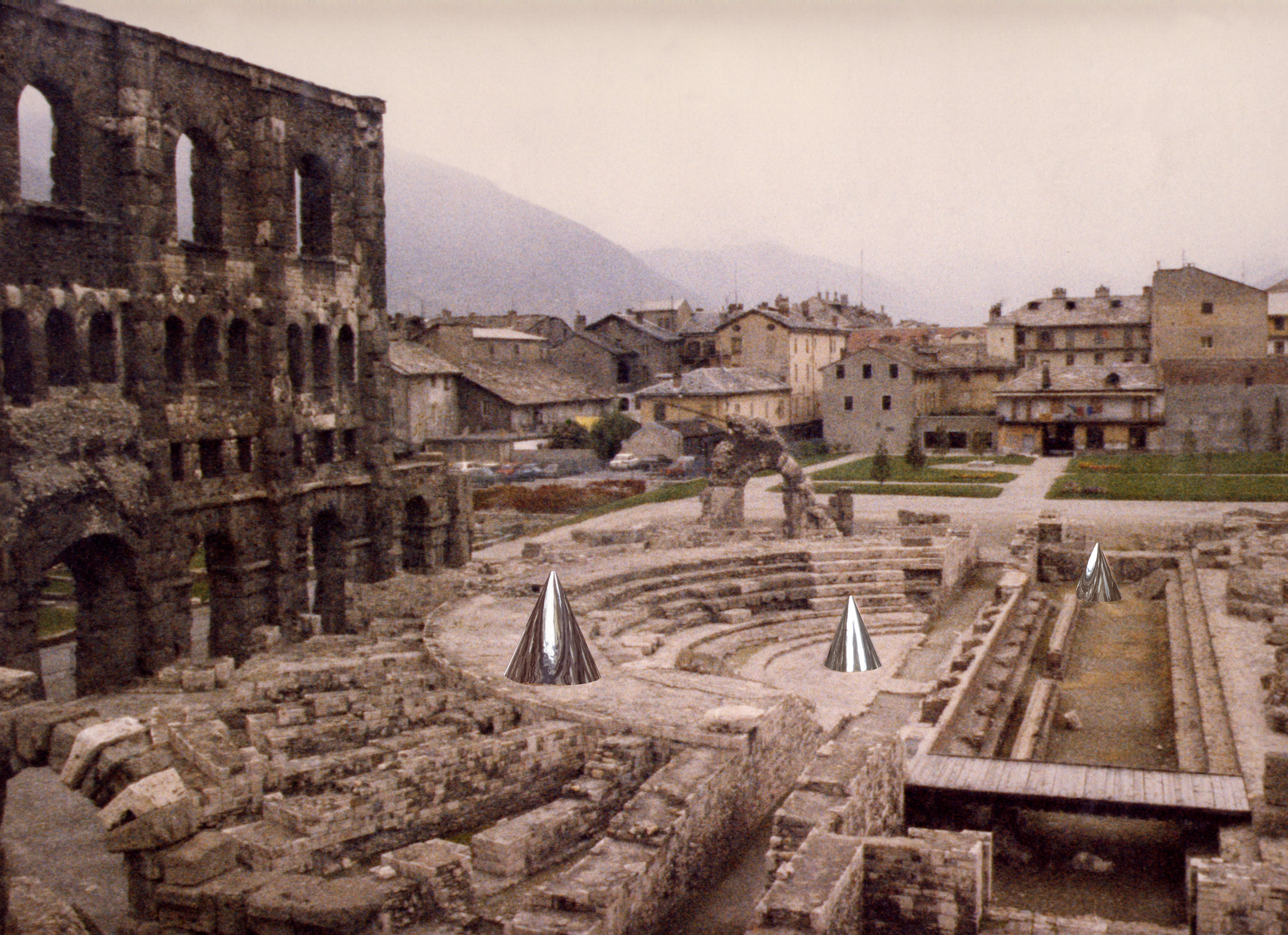 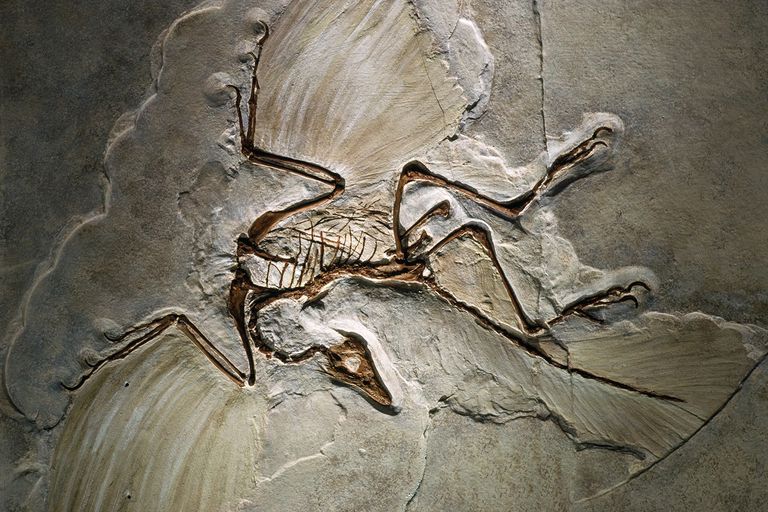 I wanted to capture a piece of sky and seize its imprint: I sought to do this through Archeopteryx by creating three mirrored cones with a stenohole at the top, which function like real cameras. At night, by placing a sheet of photosensitive paper inside the base, I was able to record the movement of the stars with relation to the movement of the earth. When the paper was developed, delicate signs similar to pencil marks appeared. They were the traces of the stars. While the illusion of taking possession of a part of the cosmos is created inside the cone, the mirrored outer layer of the cone shows the whole extraordinary event.
The title stems from an initial project I worked on in collaboration with the poet Andrea Cogoi, where among the remains of an ancient Roman theatre, the cones, arranged like rudimentary cameras, turned back the clock of time so far that one could imagine attracting the Archéopteryx, the primitive bird and ring of transition with the reptile, in the Jurassic era, which, feeling it was in a familiar environment, could have re-appeared.