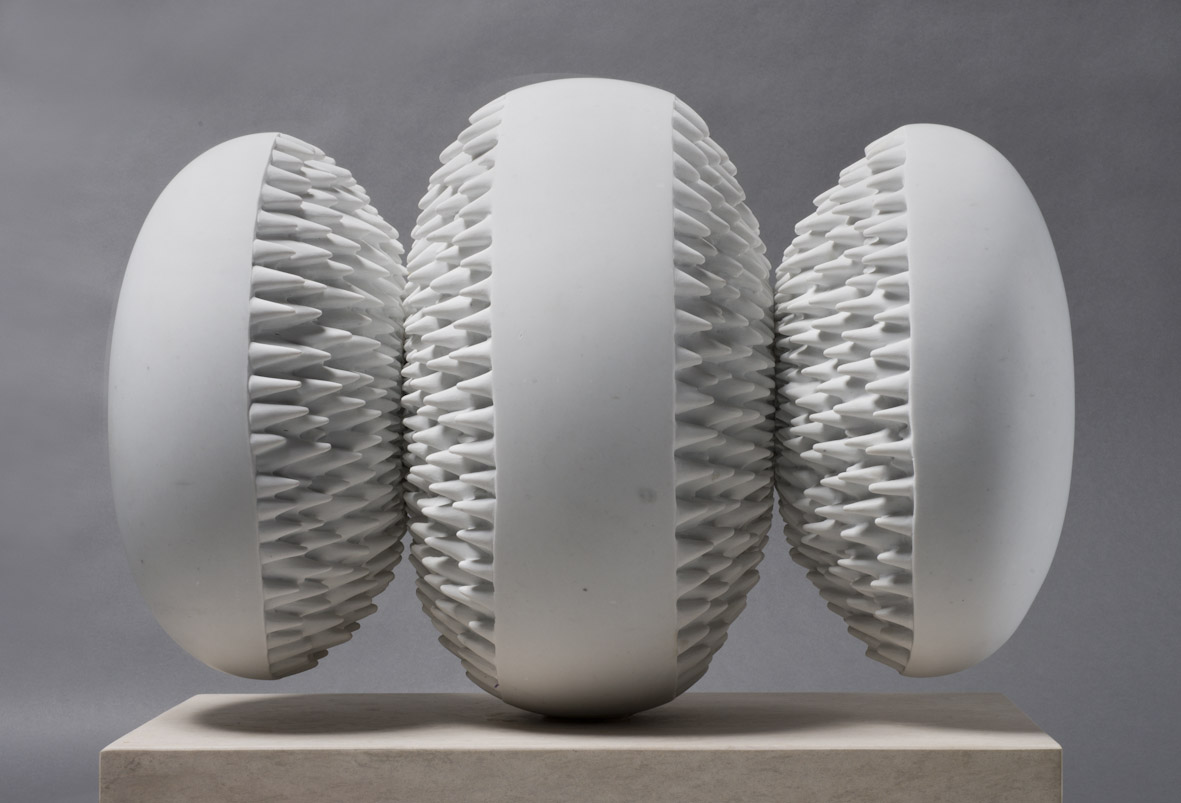 The sculpture Attrazione Magnetica reflects on classical forms, but has the ability to develop a totally innovative investigation. The work, in white Carrara marble, takes its cue from the nanotechnological universe. It consists of three elements placed side by side, with its two sides seemingly suspended and supported by the central one by magnetic force alone. This creates the impression of a transcendent levitation that challenges the force of gravity by imposing, to put it in Italo Calvino’s words, “the reasons for lightness”. In this way, the mysterious geometries of the organic forms open unpredictable perspectives to plastic art, which frees itself from the object and re-proposes the ambiguity of a hybrid and biomorphic reality still to be explored. Forms shaped in 3D and plastic works are a constant of my research, where the element made manually in marble, resin or terracotta, without the use of printers, can coincide with the virtual dimension that entails the modelling of each individual object on the basis of the principal specificity of 3D.