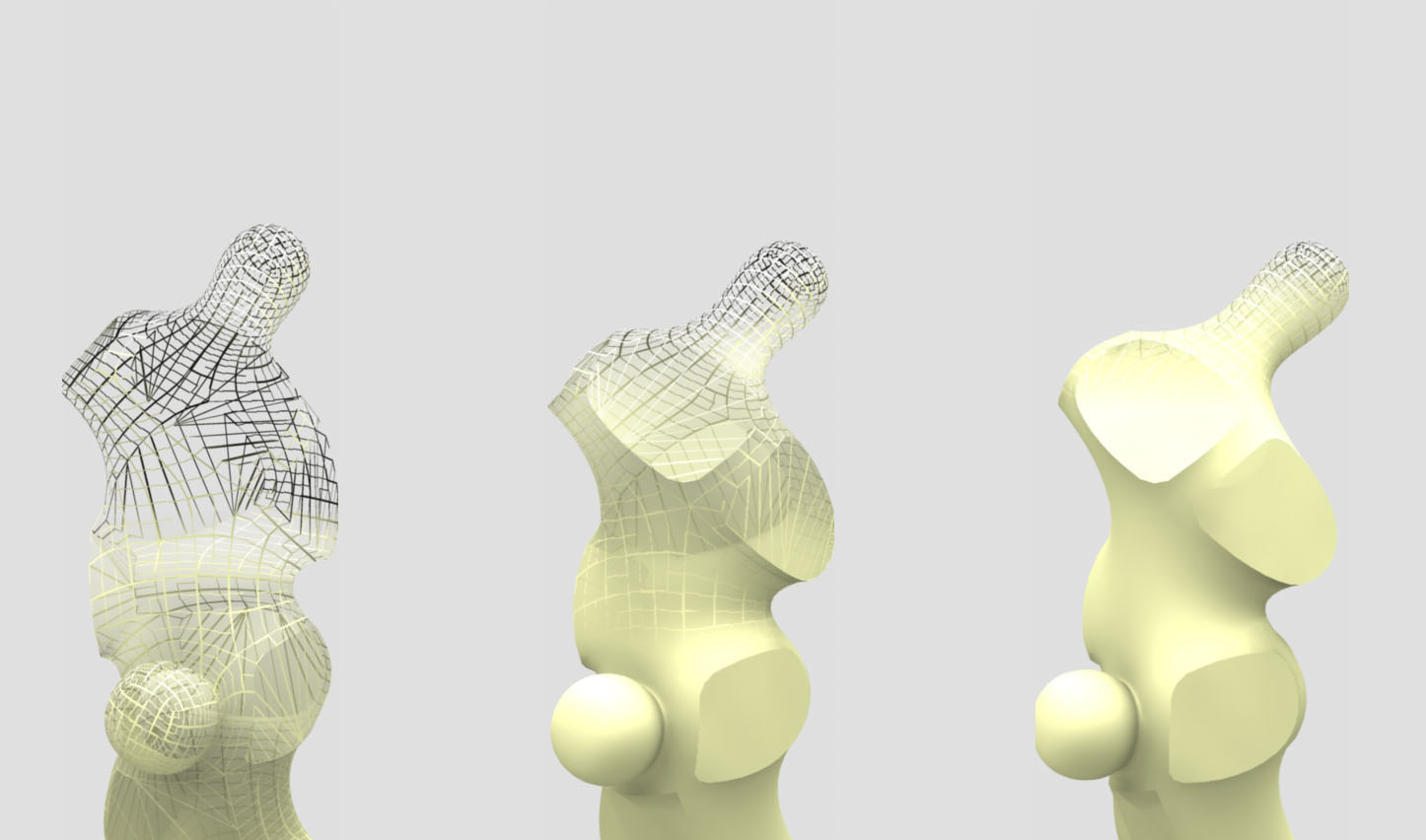 The major video installation entitled Birth Tree is a dynamic and virtual sculpture conceived “architecturally” with the use of the three-dimensional modelling technique. Starting from a nano-scale image of a synapse, the work shows the cycle of birth and death of a being which brings out the link between a natural form and an automaton. The work seeks to underline Nietzsche’s disturbing hypothesis about the much debated theme of the eternal return. Complex 3D processing makes it possible to witness the process of growth and anthropomorphic formation that starts from a skeletal structure or grid and then, through the fluctuation of the forms, takes on different appearances until its annihilation by engaging in a process of continuous iteration. The constant movement of the camera around the three-dimensional structure recalls the rotation of an automaton on its axis, heightening its mysterious and magnetic appearance.