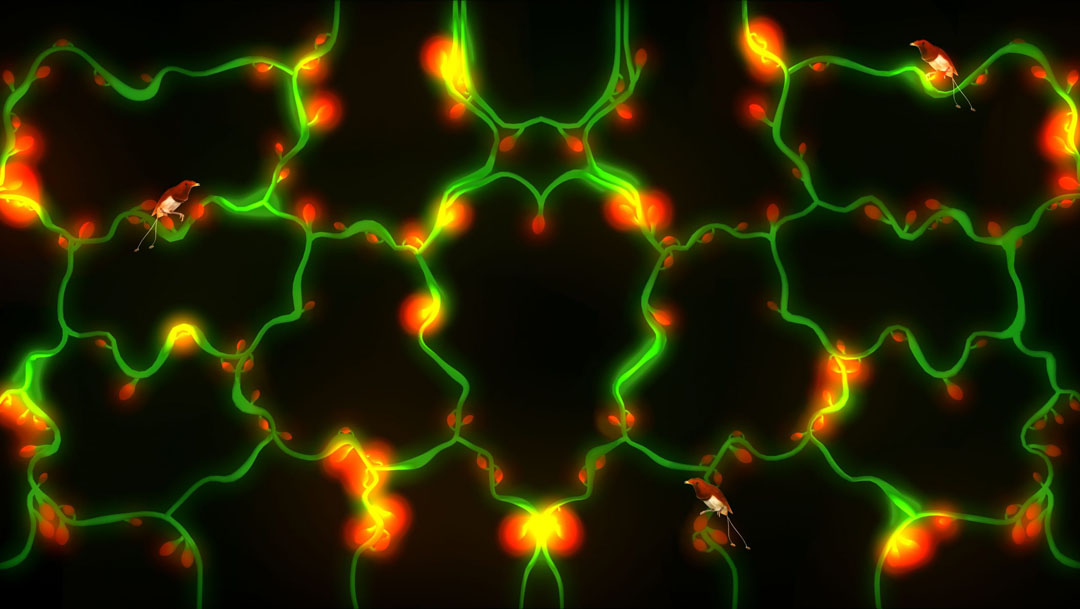 This work in The Growing Garden series, created with the screen painting technique, stems from the sense of wonder brought about by being able to use powerful electron microscopes to gain access to the secret world. Nature is not just physis, nature, it is also kosmos, order: we live in a dimension that has its own intrinsic order that enables it to flourish and regenerate itself. These vital and delicate textures convey a sense of precarious beauty and recall the interlacing of branches in a refined garden. I also inserted birds of paradise on the branches. Some are painted, while others, in motion, are created by computer graphics in such a way that the two dimensions overlap and blend, continuing to question our perception.