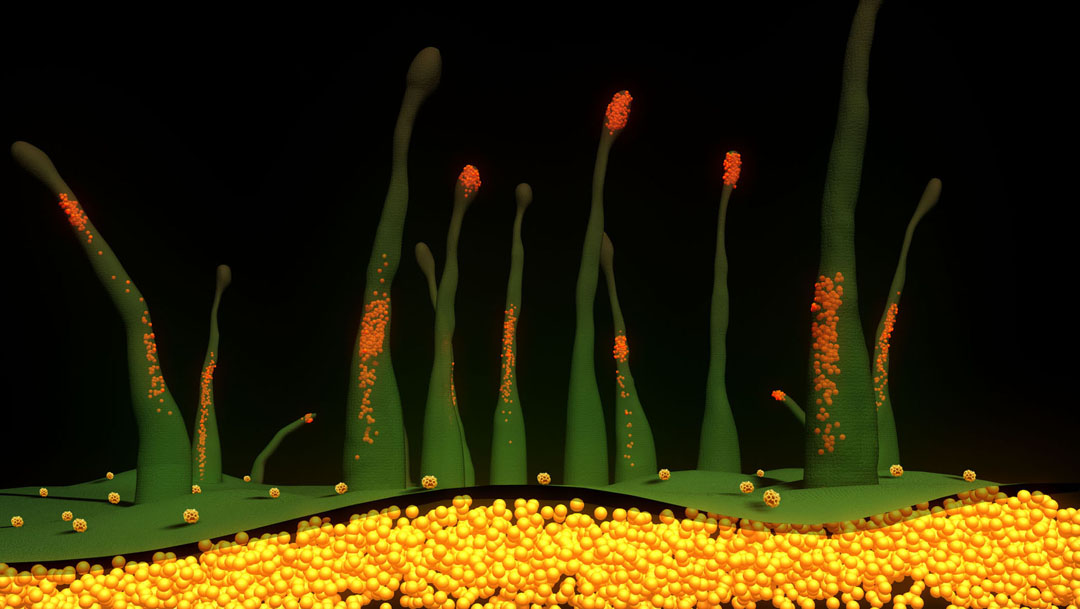 The work in The Growing Garden series, created with the screen painting technique, is inspired by microscopic images of the epidermis of a leaf and its papillae with the autofluorescence of chlorophyll. From the vital process of the plant, fundamental to the balance of the ecosystem, a close relationship emerges between what is inside the soil and what emerges outside it. This allowed me to reflect on the life cycle of the plant: germination, flowering, fruit ripening, ageing. The video shows the cyclical process. On the ground, pollen grains appear seen under a microscope and also painted on the screen, while their shadows are created with a digital technique.