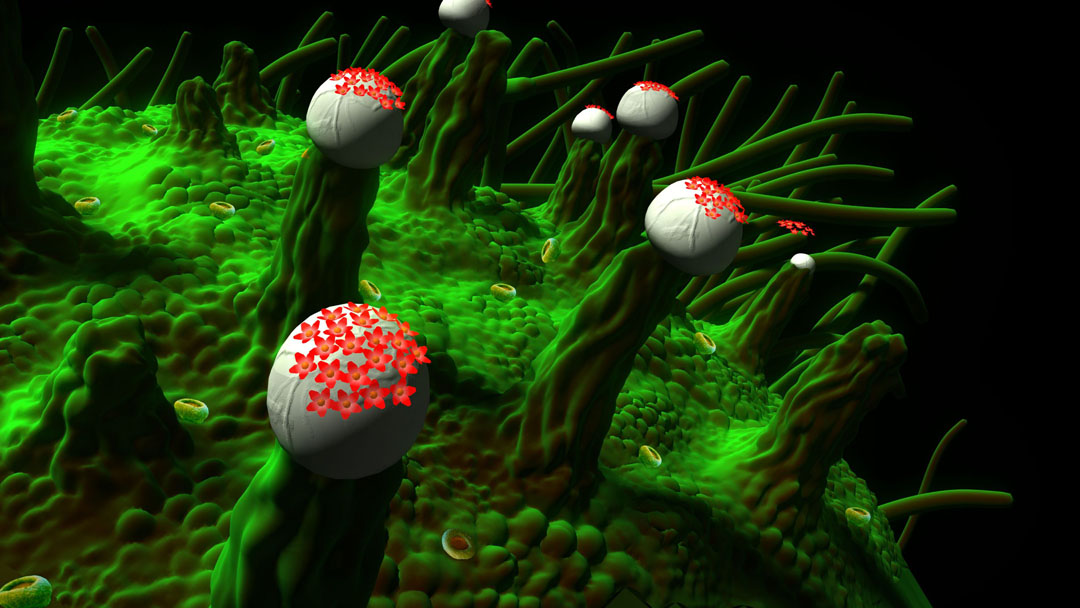 This work in The Growing Garden series, created with the screen painting technique, is inspired by microscopic images of the epidermis of a plant with its peduncles termed trichomes. These protrusions slowly flex and the white caps above them swell like bubble gum, making them mushroom-like. Flowers bloom on them, ready to detach themselves to disperse into the environment. On the ground, curious floral shapes are painted with acrylic pigment. Once again the recurrent theme of this set of works is the cyclicity and circularity of nature and its vital processes.