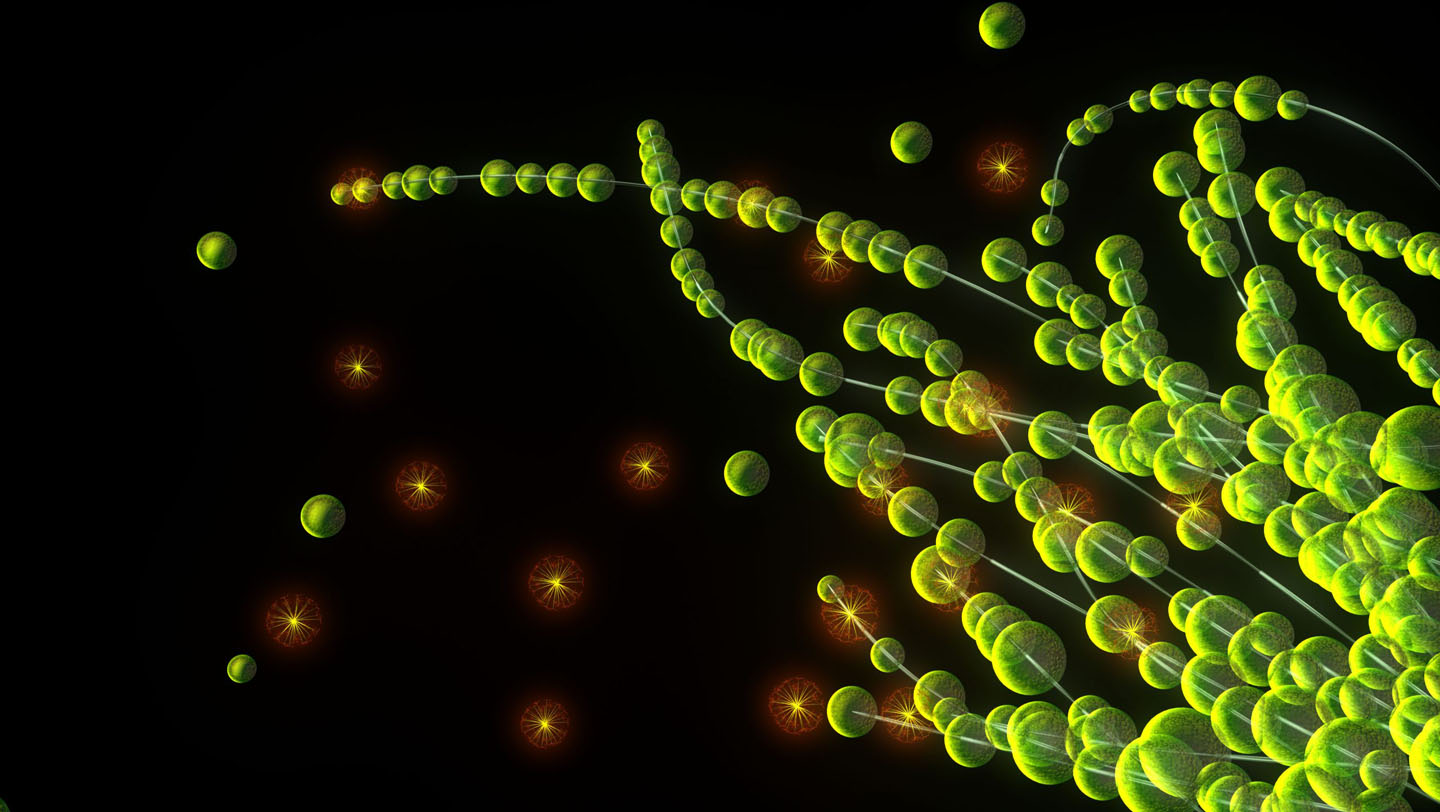 This work in The Growing Garden series, created with the screen painting technique, depicts filaments of nanoparticles that become slender flexuous branches stirred by a gentle breeze together with other light forms, resembling dandelion clocks. The work has in itself a hypnotic and soothing force: it is a window open onto the world of nature and its secrets. Some green spheres of the branches are made out of pigment overpainted on those made with the 3D modelling technique.