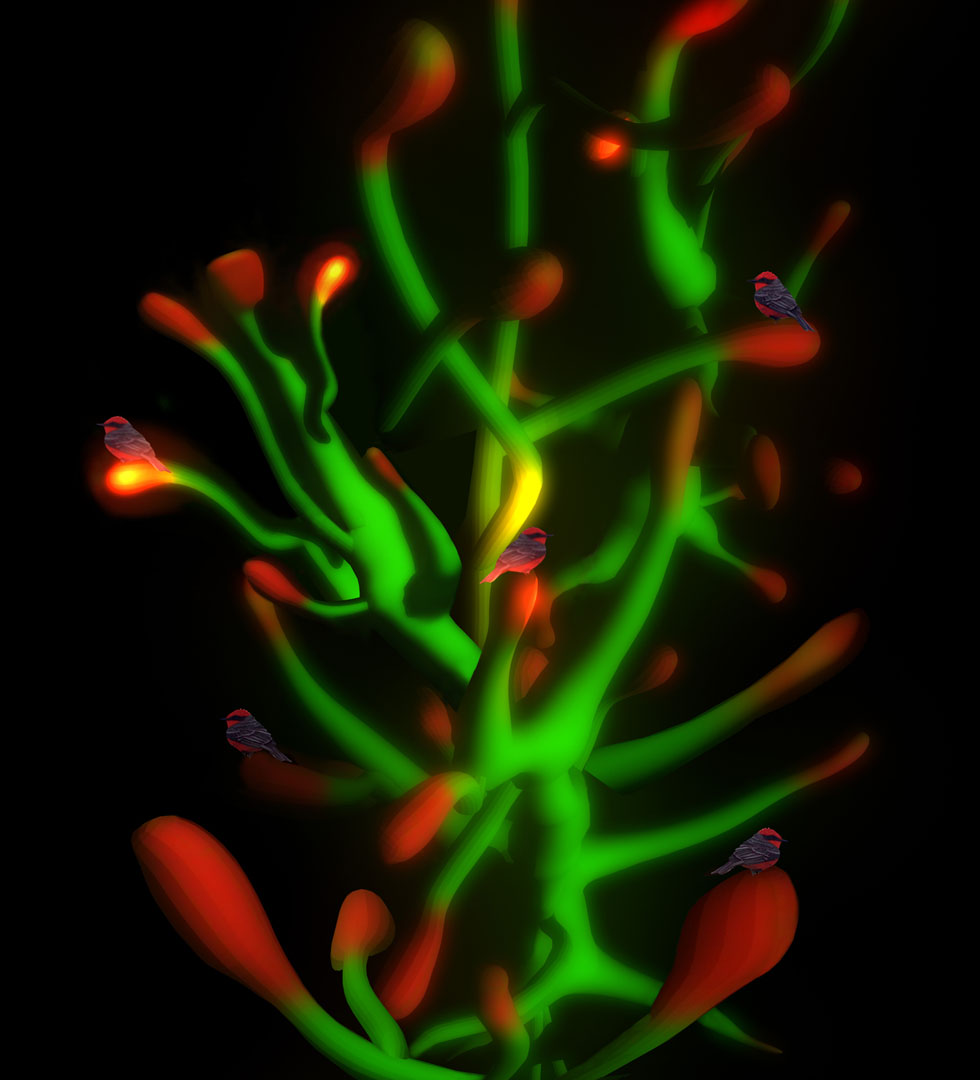 Vermilions and Neurons, from The Growing Garden series, was the first work created with the screen painting technique. In the whole series I was inspired by scientific and nanomolecular images and I made a series of 3D animations reminiscent of plant worlds or, in some cases, primordial landscapes. On these visionary backgrounds, in continuous mutation, I worked by adding pictorial elements with enamel colours laid directly on plasma screens (screen painting). I applied the same procedure on the 3D images printed on cotton where I intervened with acrylic paint. In this case, I worked on the ambiguity of the two forms of painting, digital and traditional, so attaining a delicate perceptual effect.