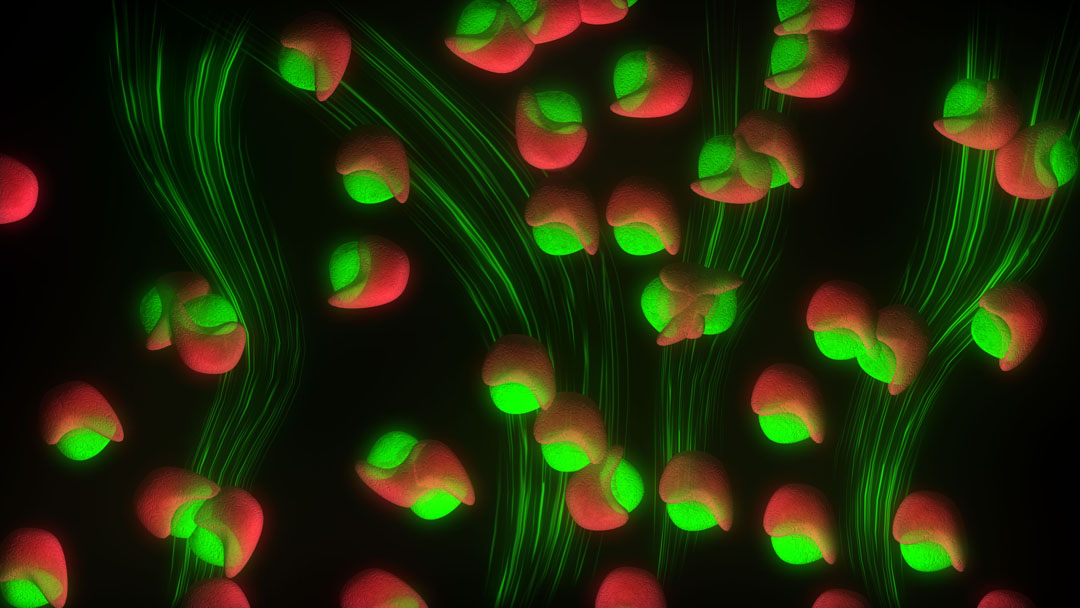 This 3D animation work takes its cue from an interest in the biological evolution of life and therefore seeks to investigate the first single-celled organisms that give rise to the fascinating process of photosynthesis which fosters life on earth. A scientific theory concerning chloroplasts, organelles present in plant cells, maintains that these organisms originated from an ancestral symbiosis between photosynthetic bacteria and other organisms known as heterotrophs. The small cyanobacteria are thought to have been engulfed and incorporated but not digested until a mandatory symbiosis developed. In my work, the process of photosynthesis takes on a poetic aspect and I imagine it as a molecular dance of chlorophyll. The elements, as if they were acrobatic dancers, move circularly creating a series of figures based on a ritual that leads to the image of the seed and then to the formation of the flower, until its disintegration, again presenting the natural process of death and rebirth.