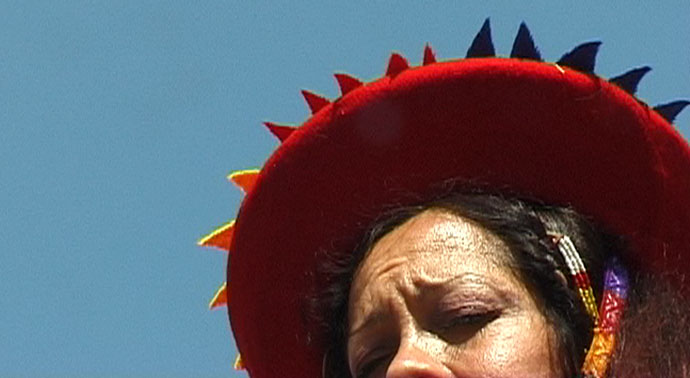 The images of the Hamen video lead us into the insightful world of visions or clairvoyance, into that interior vortex that lies beyond the exterior appearance of things. Despite the fact that they preserve their individuality, they are figures that reveal their otherness, their mysterious and enigmatic absence.

The shaman is the intermediary to grasp the other dimension of existence in a process of renewed awareness where the beginning and the end coincide.

The shaman identifies himself with his guiding animal (or animal of power) that is defined as his double. The term double animal highlights how the link with the ally should be considered an additional soul.

I am interested in capturing the psychic and intimate visions closest to the source of the mystery. The rhythm of the drum is incessantly interrupted by other sounds that burst onto the scene, preventing the image from flowing smoothly. Brief visual and audio short circuits create a sense of obsessive disturbance.