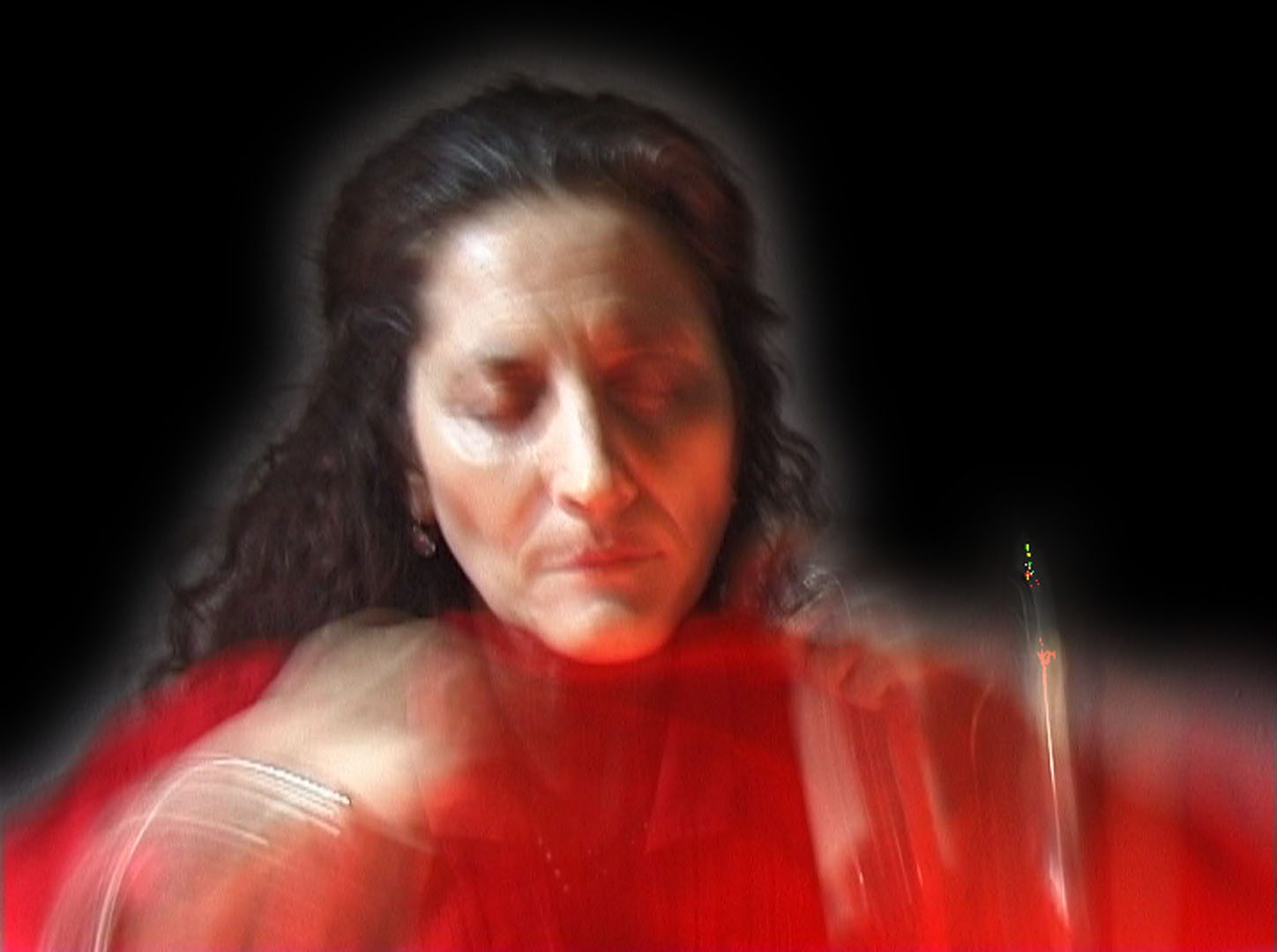 Diana, Hecate, Herodias or Isis or Bona Dea, were the names by which the Lady of the Game, the Domina Ludi was known. The installation examines this mythological figure and the celebrations held in her honour: there were congregations (of women above all) called societies of the good game or societies of Diana, that met in secret on certain nights to celebrate rituals and festivities that had no evil undertones whatsoever. Ancient popular rural traditions (the countryside was the area that had put up the strongest resistance to Christian conversion) were celebrated at these meetings, recollections of  the Bacchanalia, the Saturnalia or pagan parties, particularly Dionysian ones. The woman in the video is a western shaman, who communicates using supernatural powers through a trance and the particular sound of her guttural chanting. The link with fire is a free interpretation of mine that originated from listening to and observing her chant and her ritual. The relationship between the two parts is imaginary. The Lady and the Fire meet in the editing room and a story is created at that precise moment: the Lady is the owner of the game and knows the element of fire very well. The video therefore portrays three moments: invocation, exaltation, suspension.