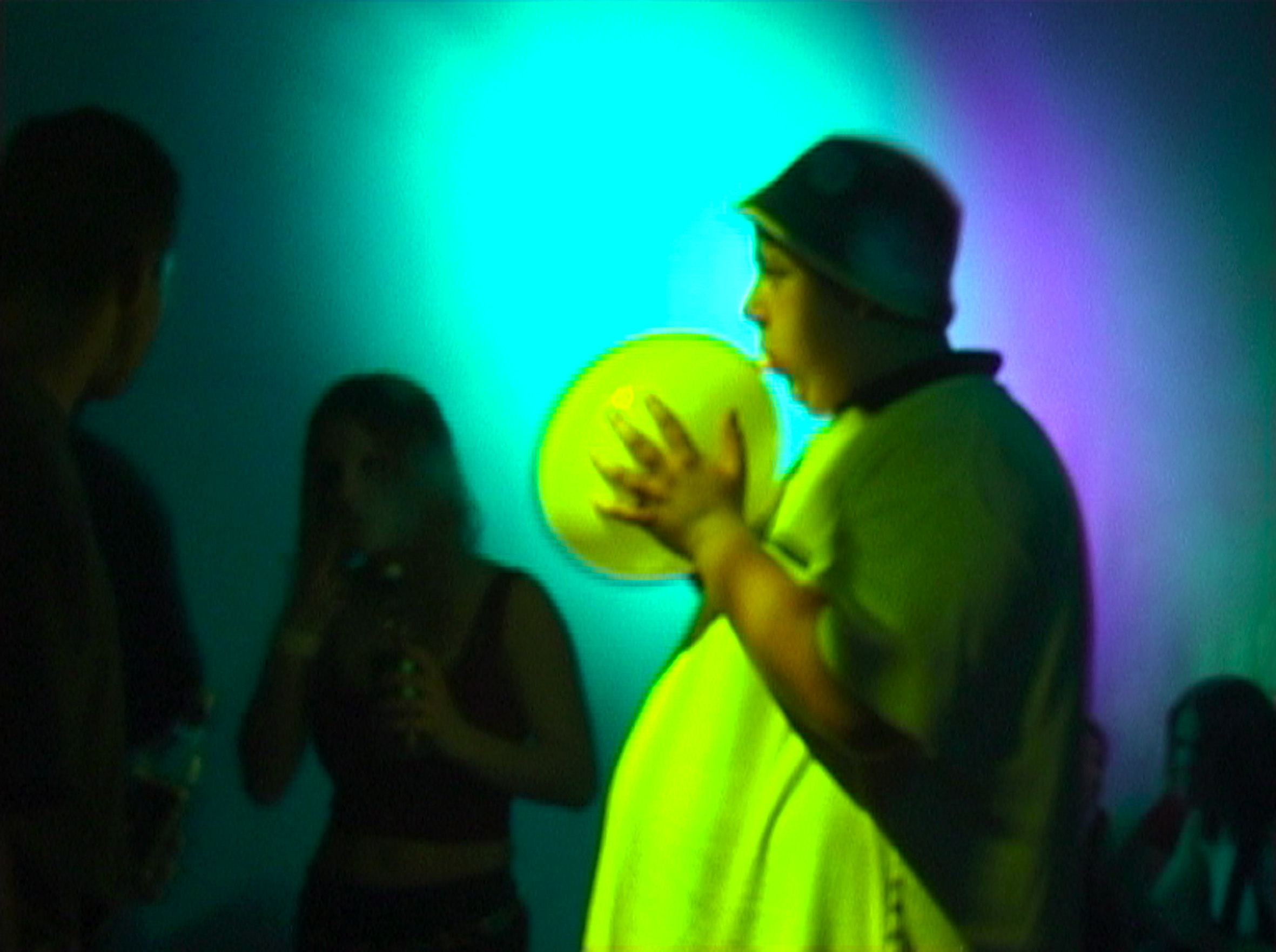 For some time I have observed that subtle red thread that unites ancient shamanic rituals, Dionysian cults, voodoo, mediaeval sabbats, and even metropolitan raves.
I have followed those groups of young “new visionaries”, filmed and photographed them during their great gatherings of collective intoxication, the rave parties.
This journey, which starts in an atmosphere of technologically reconstructed chaos, rhythmically ordered through the use of bright colours and obsessive sounds, passes into the imaginary dimension of a trance. The figures appear to precipitate into the depths of the sounds, like ectoplasms that writhe in dance. The relationship between the individuals is “hollow” and tactile, as described by Michel Maffesoli, and does not necessarily imply the presence of the other. I thus sought to seize the moment of departure from the conscious world and the subsequent journey towards the infinite interior dimensions.