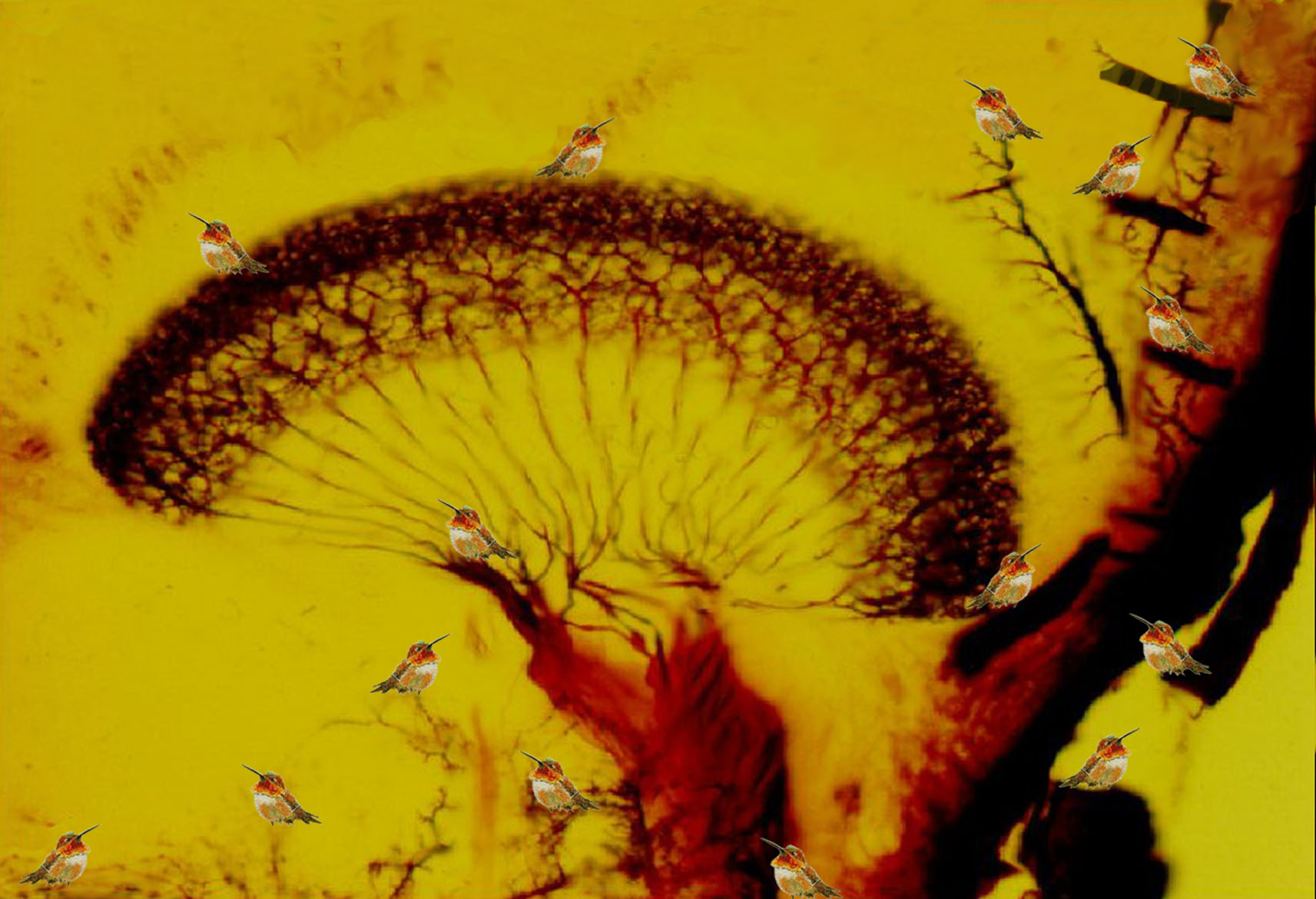 Through the nanoworld, I have come into contact with a series of images, obtained by means of the most powerful optical microscopes that have evoked ambiguous landscapes, alienating places, whose fragmentation recalls reality.
Pursuing a direction of research that I had started in 1983 with In Corporea Mente,  I reflected on  the transformation of shapes, of their pursuit from microcosm to macrocosm. The ramified structure of a mineral, for example, is similar in shape and process of aggregation to the peripheral area of a neuron or to the atomic structure of several polymers. Or again, to the shape of a tree or a coral, and I believe that all of this is due to the fractal nature of its growth.
Therefore, through these scientific images, I entered into marvellous woods and motes that I then sought to re-created in 3D, animating each of them with a series of creatures from the animal or vegetable world that I painted directly onto the screen or canvas, multiplying the image as if it were a Zen ritual. The paradox is found in the fact that the painted image is the carrier of a uniqueness and therefore of a different DNA for each one. If through self-replication (powerful promise of nanotechnology), the cells create copies of themselves abolishing diversity, I have followed the opposite procedure: through that which is apparently the same I have sought to reanimate the differences.