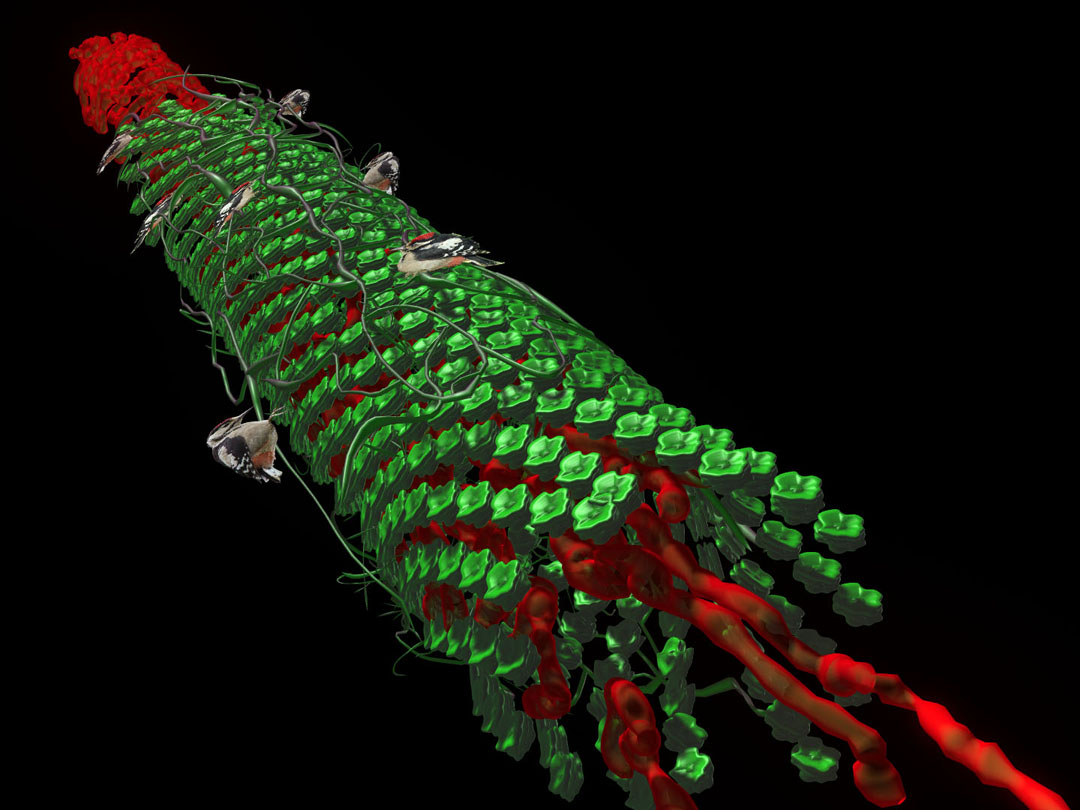 This work in The Growing Garden series, created with the screen painting technique, is inspired by some images of filamentous algae and their resemblance to a tree trunk, through which flow the plant’s vital substances. The animation shows the incessant flowing of a series of images in continuous metamorphosis, from the first simple coloured lines recalling felt-tip marks, to branched structures suggestive of venous arborescences, from sections of plant cells that flow exhibiting a geometric order up to grassy filaments that look like fine braided hair. The vital process of the trunk is enriched by a series of woodpeckers pecking at its surface. Some are created with computer graphics, while others are painted directly on the screen.