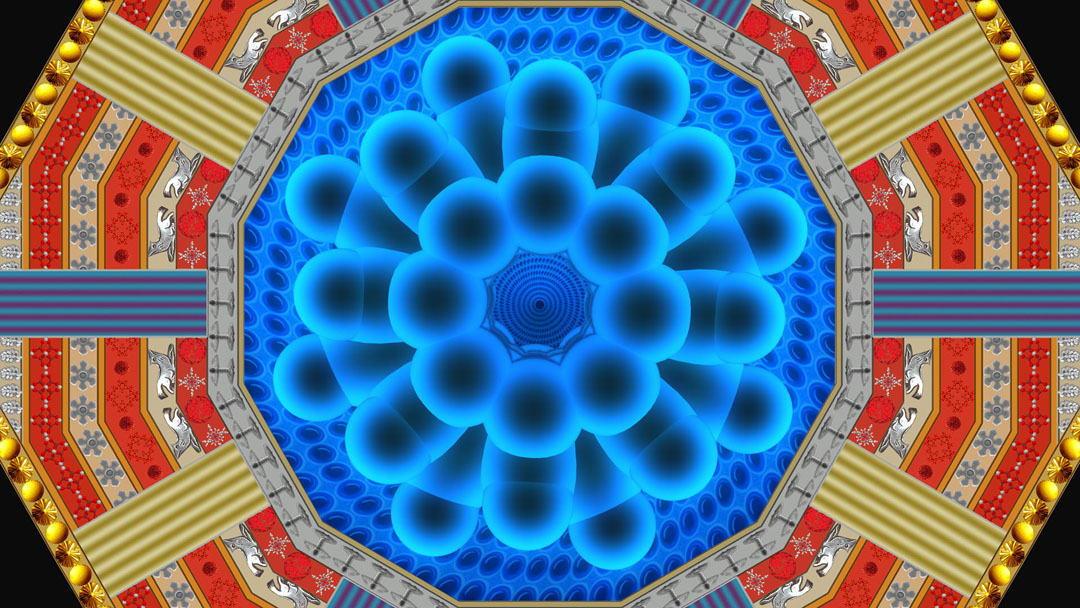 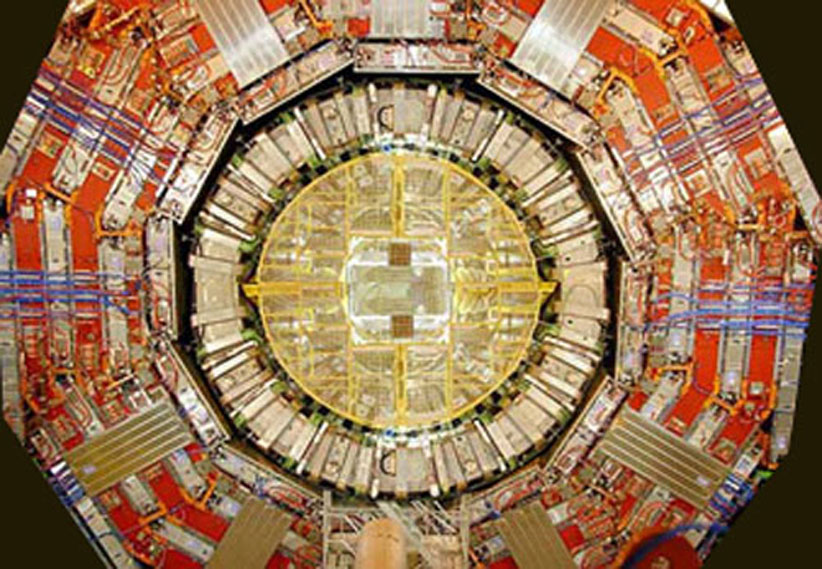 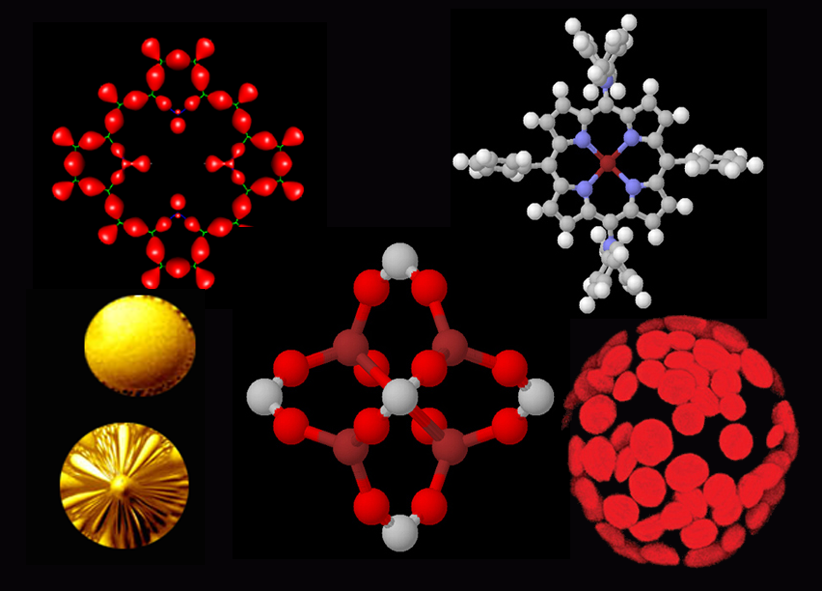 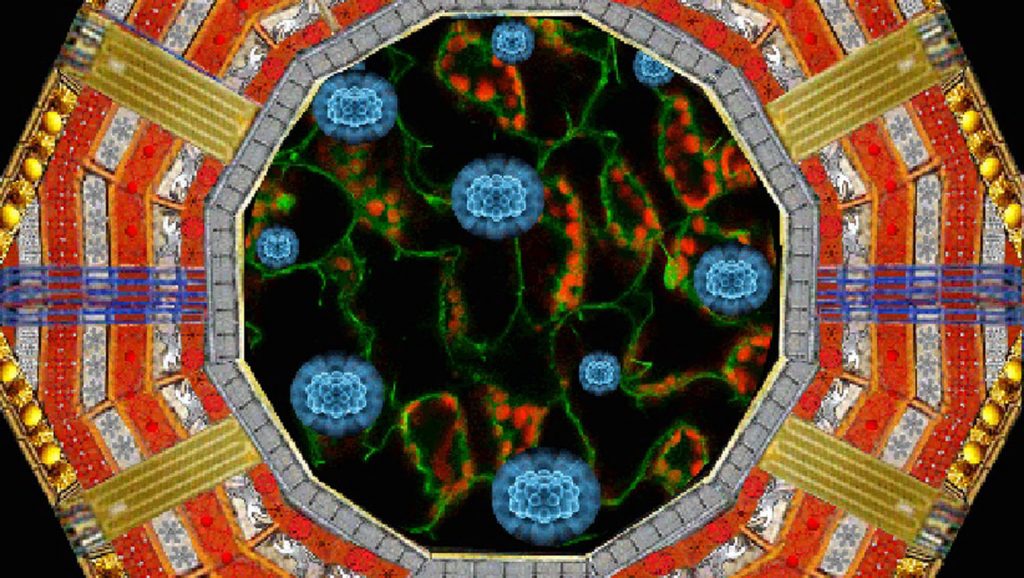 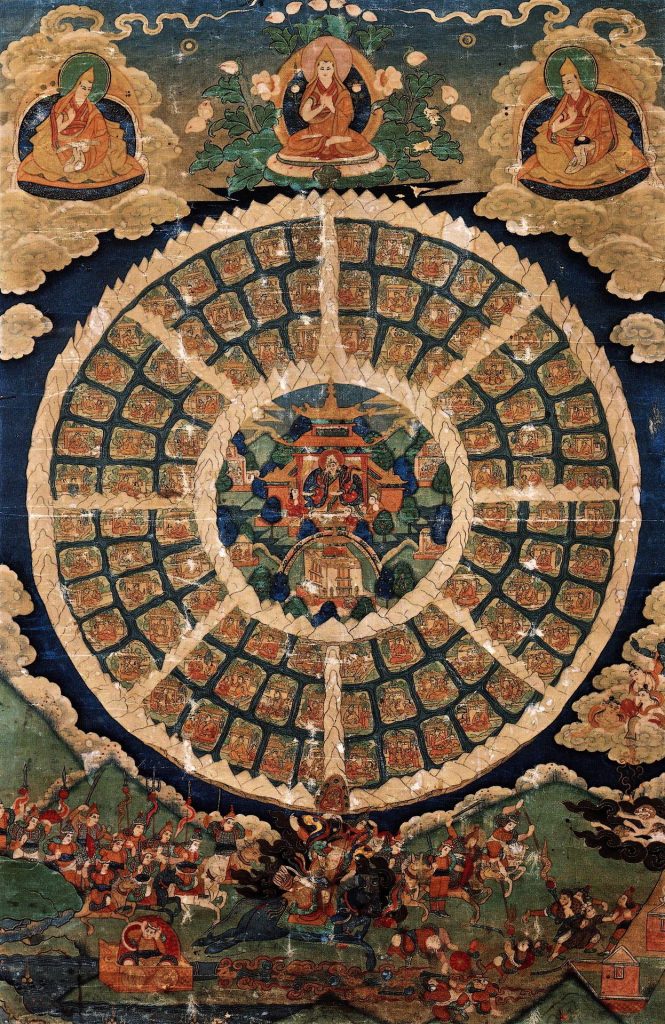 The God Particle belongs to the screen paintings series. It is a mixed 3D animation and painting work on a 65″ high-resolution plasma screen that poetically recapitulates the quest for the germinal element, the generator of all things. God Particle is the name Physics Nobel Prize winner Leon Max Lederman gave to the Higgs boson, the elementary particle that is believed to permeate the universe and endow all particles with mass.
The work is inspired by recent experiments carried out at Geneva’s Cern laboratory during 2008, which tried to identify the engine of creation. Never before did a scientific study reveal so many theological implications. The fact that the operation has been as yet unsuccessful only adds to the fascination of this challenge to the very principles of knowledge, in a universe where matter and dark energy make up 96% of the surface.
I wanted to mimic the proton explosion and the ensuing revelation of the bosons, because i believe that art retains a utopian and creative aspect that needs no experimental tests. From Leonardo to Fontana, science has always been a point of reference for art and its linguistic experiments.
The God particle embodies a problematic vision that oscillates between past and future. What I particularly noticed is that some of the images of the particle accelerator reminded me of an ancient mandala, so I chose to work on this analogy.
The mandala is perhaps the most ancient and universal symbolical drawing. For Buddhists, it represents the formation process of the cosmos from its center. It is not by chance, then, that the video, which represents an explosion, ‘happens’ at the heart of a mandala painted directly on the screen using forms drawn from the realm of nanotechnology.
In this case the painterly aspect becomes much more relevant and complex than in my earlier works, and entertains a surprising dialogue with the animated 3D forms.
Even when the screen is turned off, the work changes its identity but retains a significant degree of painterly energy: the hundreds of painted images and symbols create a delicate, embroidered design on nearly all the surface, turning the whole into something similar to a tapestry.
Once again, it is the interest in the mystery of life (science, technology, art) and its cycles that defines my work.