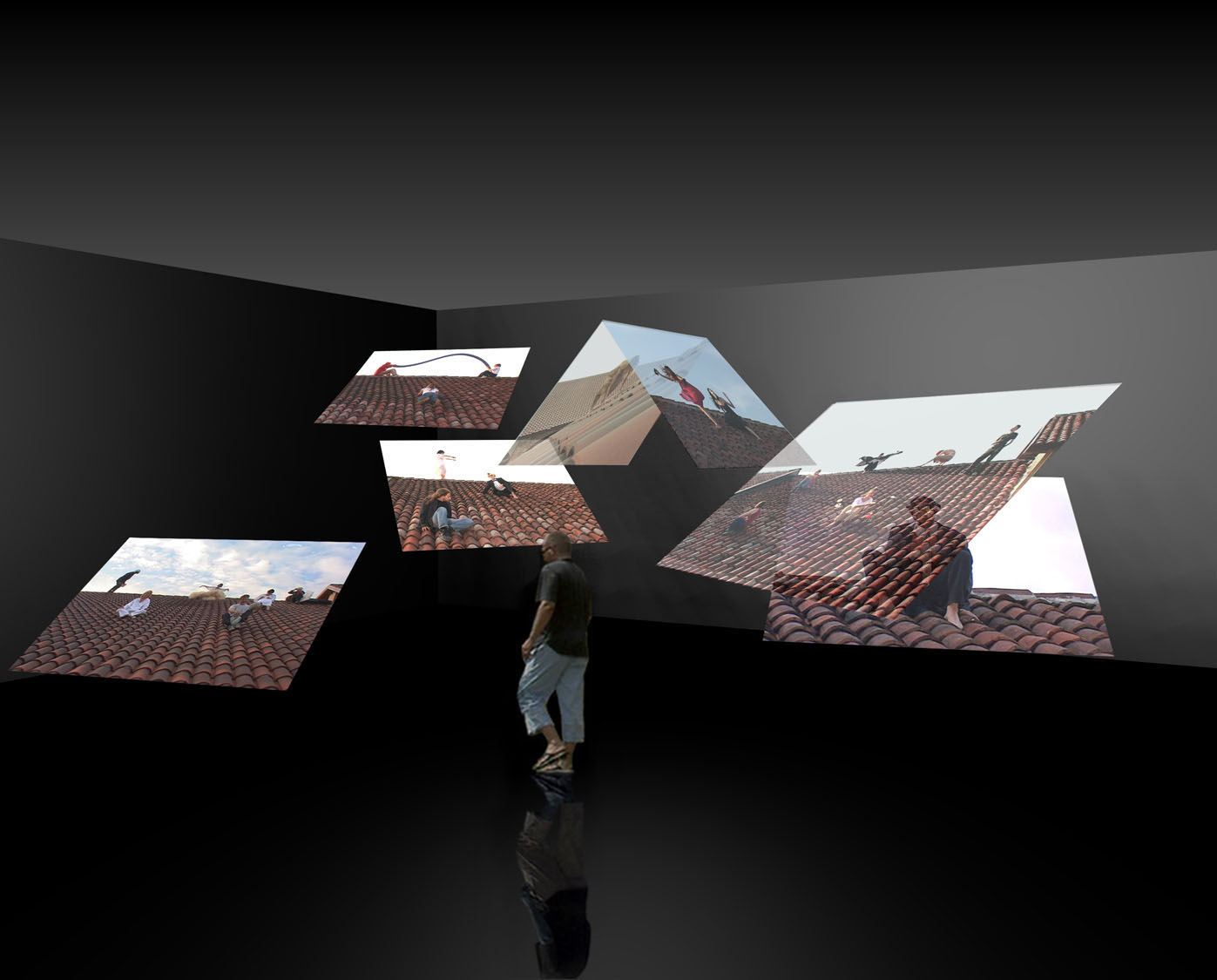 “Jupiter now sets the course there where Venus rises; from it the Earth is no less visible than Venus, in its turn, is visible from the Earth”

The idea of Zona Franca is to demonstrate the expressive and visionary freedom that belongs to all individuals, to explore that invisible artery that crosses the entire cosmos.
I like the idea that men migrate and occupy a new territory, creating a new form of cohabitation by changing the perceptive and relational process.
There are no established rules on a rooftop, and the fact that humanity transfers to this boundaryless area creates a contact with the most intimate and transcendent sphere.
I therefore invited the people chosen for the video to go up onto the rooftops and to act out an irrational or emotive dream or desire; characters of all types thus materialised, including sleepwalkers, bakers, musicians, angels, clowns, monks, sphinxes, skiers, pregnant women and many other mysterious and less easy to classify figures.
The installation, which is formed by a series of inclined screens suspended in the air, recalls the architecture of an inexistent district.
The figures of the characters alternate and migrate from one screen to another, creating a dynamic universe in constant transformation.

Another important metamorphosis of the images is the passage from a real vision of the rooftops to a quantum or molecular vision; the red roof tiles are transformed into quantum fields and are replaced by images of DNA in nanoscale, produced by an electronic microscope, that can be mistaken for woollen surfaces or dunes in the desert. The space, thus mutated, becomes unpredictable.
The spectator can wander through the “screen-rooftops” absorbed into a progressively changing temporal dimension, venturing beyond the physical dimension of space, entering into the most profound and microscopic layers of matter.
If, according to Heisenberg’s theory, the position and the speed of a particle cannot be measured insofar as the act of observing it creates an interaction with the object, changing it, why not assume that it is emotions that change it, why not believe that even an atom can dream.